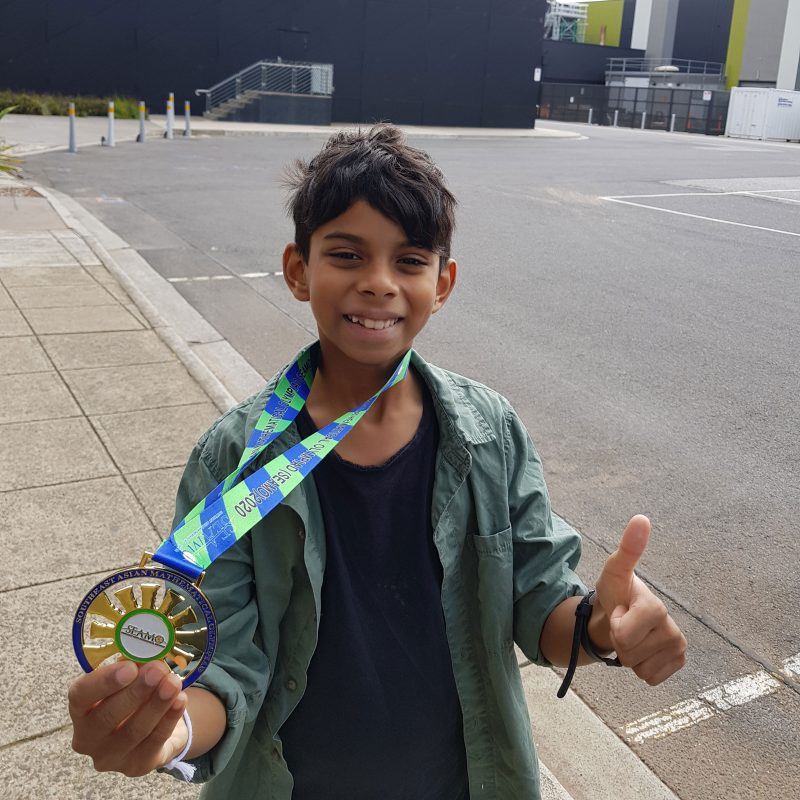 Gavin ranks top five for maths in the Asia-Pacific

Gavin Dissanayake, a Year 5  student, is one of the top maths whizzes in the Asia-Pacific region.

In January, Gavin ranked fifth in the Southeast Asian Mathematical Olympiad Extended Round (SEAMO X 2020), earning himself a gold medal in the prestigious competition, where he had to solve creative problem solving questions.

Gavin has been immersed in numbers since pre-kindergarten, when he began studying Kumon Maths. Kumon Maths is an individualised after-school learning program that develops quick, precise calculation skills necessary for the study of high school mathematics.

In Kumon, advanced students can go ahead to study content that is above their school grade, while those who may be falling behind can go back to practise and revise.

Gavin has quickly raced ahead in the Kumon Maths program and is currently studying Level L, where he learns topics like differentiation, integration and logarithms. He says studying Kumon Maths helped him greatly in SEAMO, especially by using algebra to solve complex word problems.

“I could easily tackle the questions in SEAMO, because I encountered the same concepts before in Kumon Maths,” Gavin says.

Gavin says he would like to be an astrophysicist when he grows up. He wants to follow the footsteps of his role model Albert Einstein. Vimasha Bandaranayake, Gavin’s mother, says she enrolled her son into Kumon after seeing how it helped his older sister Savannah.

“I had never before seen a programme that allowed capable young children to do high school Maths and English,” Vimasha says.

“I really wanted to try that for my daughter and, after seeing the great progress that she made, I enrolled Gavin into Kumon Maths.”